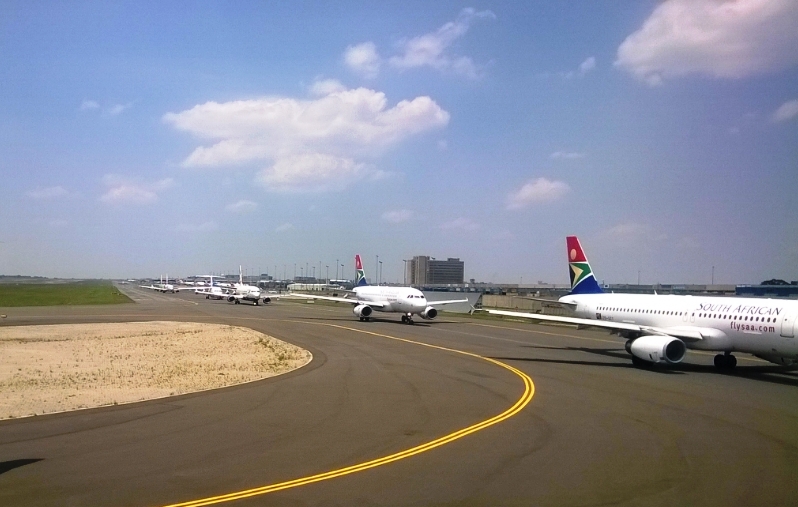 KwaZulu/Natal receives a majority of South Africa’s domestic tourists and its share of South Africa’s international tourism market is increasing. KZN attracted approximately 850 000 foreign visitors and 7.1 million domestic tourists in 2013. In 2014 tourist arrivals increased by 12.8 %  with approx. 7.4 million visitors visiting the province as reported by Durban Tourism. 70.3% of  visitors to KZN visit Durban.

SA Tourism (2014) have the following statistics for International Visitors to KZN:

With the city being chosen to host the 2022 Commonwealth Games, a relaxation of the visa rules (including rules pertaining to travel with minors),  and an increase in International Airlines directly serving Durban’s King Shaka International Airport the province is paving its way to meeting the targets set in the KZN Tourism Master Plan.

The graphic below from Travelstart.co.za shows the 6 international airlines that will be serving Durban directly before the end of 2015. 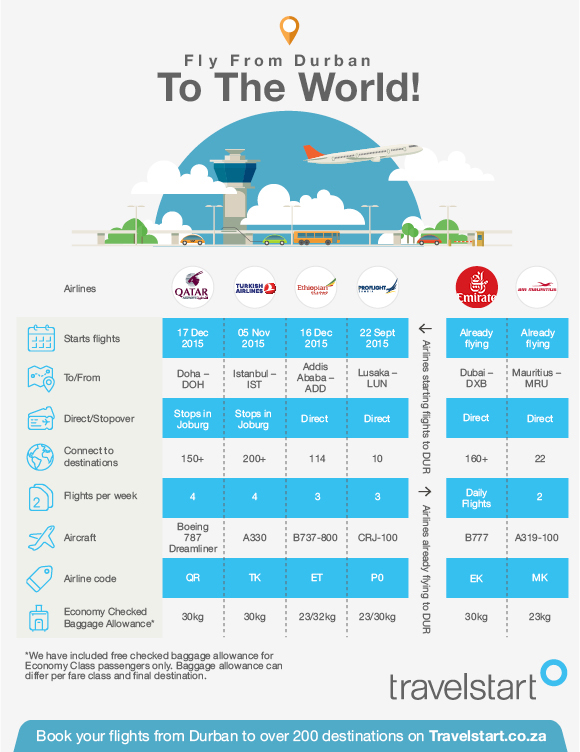 These flights will also benefit residents of the province who now have direct access to additional destinations and boost the local tourism industry.