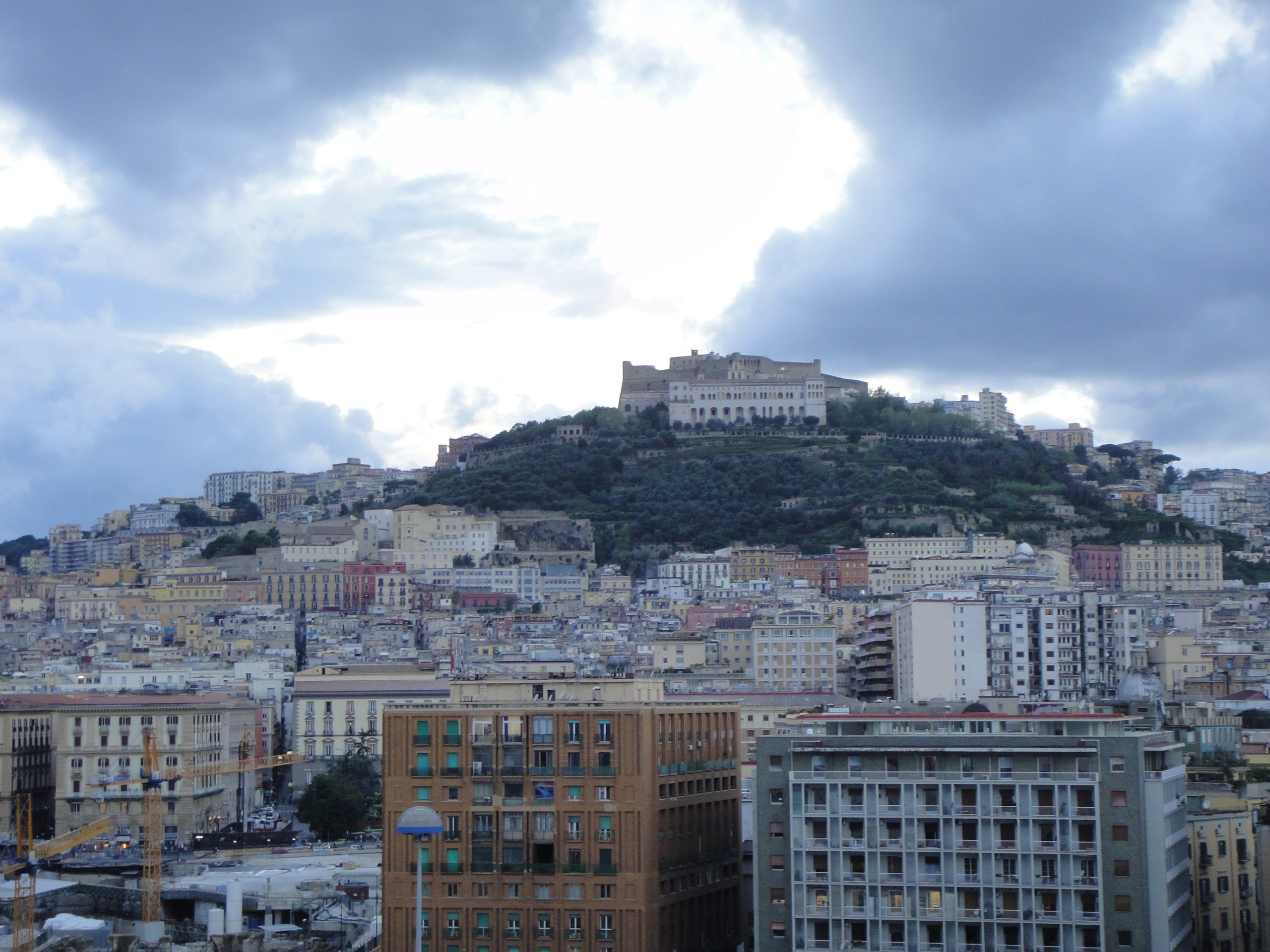 Naples, situated in Campania province in southern Italy is one of the oldest inhabited cities in the world. It has one of the largest seaports in the Mediterranean, with Mt. Vesuvius (located 9km east of Naples) towering over the Bay of Naples.

When in Naples, you have to eat a “Pizza Margherita”. The Margerita was created in Naples in 1889 by Raffaele Esposito in his restaurant, Pizzeria di Pietro. He invented 3 types of pizza for the Italian King Umberto and Queen Margherita  who were visiting the city. The Queen favored the pizza that evoked the colors of the Italian flag – basil leaves (green), white (mozzarella cheese) and red (tomatoes) and as a result the pizza was named in her honor.

On my first visit to Naples I was forced to take my Margherita order as a takeaway – the restaurant I ordered it from took abit longer to prepare it, and I needed to be back on board a cruise ship before it departed (I had 15 minutes to spare by the time I reached the ship).

Another popular pizza that precedes the creation of Pizza Margherita is Pizza Marinara. It is topped with tomato, oregano, garlic and extra virgin olive, traditionally prepared by ‘la marinara’ or the seaman’s wife, for when her husband returned from sea.

Close to the Port of Naples is Piazza Municipio (the City Hall square) which has Maschio Angioino (a 700 year old medieval castle).

Sfogliatelle and Connoli are popular pastries native to Italy that can be found throughout Naples.

A short walk from the Port of Naples is Maschio Angioino (also known as Castle Nuovo), a Medieval Castle originally built in 1279.

Via Toledo and Via Dei Mille  are the primary shopping streets in the city, filled with tourists and locals.

I have to mention that Naples does not look like any typical modern European city.  In recent years their have been many reports of large amounts of rubbish and stray animals / abandoned pets discarded throughout the city. Graffiti is prevalent throughout the city – in the train stations, monuments, shopping districts and even inside Galleria Umberto.