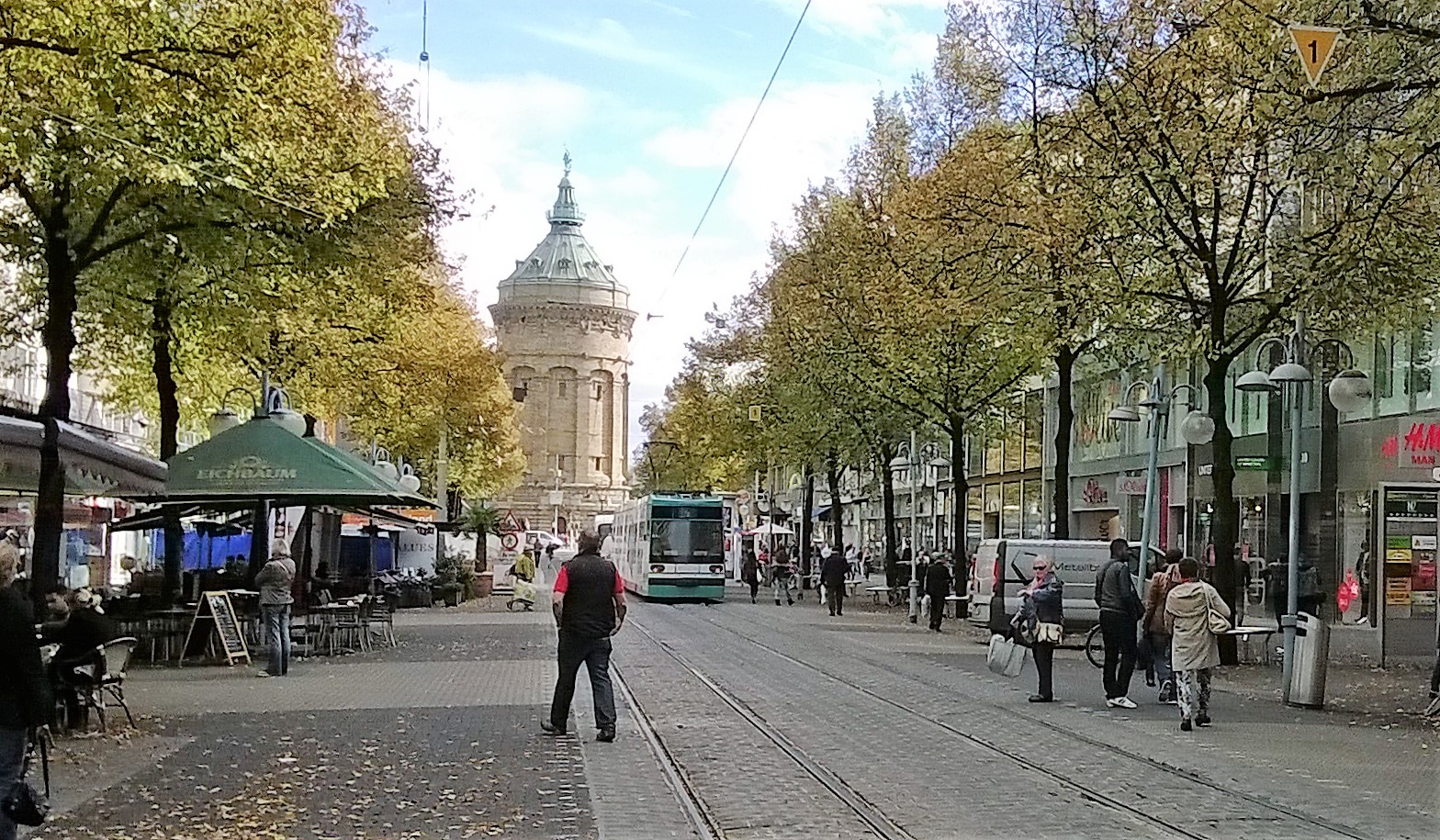 I awoke at the IBIS Hotel in Heidelberg with a busy schedule planned for the day.

I was initially planning to visit the Zweibrucken fashion outlets (near Saarbrucken, close to the French border)  but it would add another 3 hours of train travel to my day in which I was planning to end in Munich – a 3 hour train journey from Mannheim. Instead I’d visit the high street shops in Mannheim.

Instead of having breakfast I opted for a quick snack at Heidelberg train before taking a train to Mannheim, 15 minutes away. I’ve previously been in transit in Mannheim train station (when I visited Paris, Strasbourg and Brussels in 2006), but I’d never stepped out.

On arrival at Mannheim I visited the train stations locker facility to store al my luggage. It cost 3 euros per day for a small locker and 5 euros for the big locker. Updated train station facility details here.

I then headed out for a day of shopping although I had to enquire from the stations Information Desk about where the shopping area is. Mannheim has been designed like a chess board grid. There are only a few street names. Instead, each city block has a name like P8 or Q9. To get to one of the main shopping areas I was advised to walk straight after exiting the train station (across the tram tracks) for about 8 minutes and turn left after Starbucks Coffee and Burger King onto Planken street. There’s a Galeria Kauphof, S Oliver, H & M and many other stores with good mens fashion.

Lunch was a small snack at a bakery (with free-WiFi).

By 6 pm I returned to Mannheim train station (with many parcels in hand), collected my luggage and purchased a train ticket for Munich.

I managed to stuff my new purchases into an empty overflow bag that I carried aboard the train. The train stopped briefly at Ulm but since it was as Inter City train there was probably only 4 stops on the journey to Munich, another city that I previously visited during Oktoberfest in 2006. Arriving at Munich Hauptbahnhof after 10 pm I still had to use the U1 underground train to get me to Weisenplatz and then take a 6 minute walk to Munchen One Sud hotel. Thanks to Here Maps on my Nokia Lumia 620 I got there easily with offline walking directions. The hotel is actually a few blocks away from Bayern Munich football stadium.

I arrived very tired at 2230, rested for 45 minutes and then decided that I needed to eat some supper. I walked in the area around the hotel for about 20 minutes but couldn’t find any open restaurants. I then decided to get on the underground train and head back to Munich Hauptbahnhof. There’s usually restaurants open till late around the central train station. Fortunately I found a halal Turkish restaurant outside the station.

I ordered a doner plate, Ayran and a lemonade and ate just after 2330 before heading back to Munchen One Sud hotel after midnight to retire after a long day.