Overview of Krill – which all life in Antarctica depends on 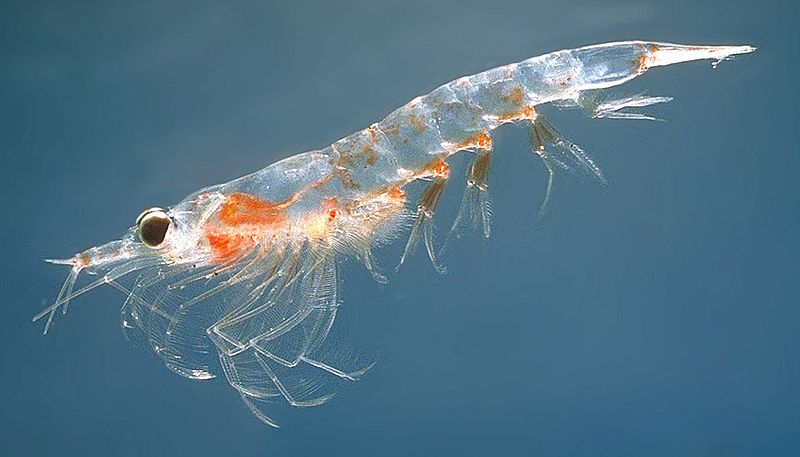 Overview of Krill – which all life in Antarctica depends on

I attended an informative lecture on Quark Expedition’s Ocean Diamond cruise to Antarctica where Marine Biologist Shanti Davis gave a briefing on the importance of understanding and preserving Krill. These are the notes I documented (with a little further research).

Between 1820 and1860 seals in Antarctica were harvested almost to extinction From 1900 – 1970 intense whaling took place (The krill population went up, allowing seals to come back) From 1960-1980 Fin fishing became quite popular in Antarctica. At present, commercial Krill fishing is a problem.

There are 7 species of Krill, which are crustaceans in Antarctica. It is a key species on Antarctica, where other animals ore dependent on them for life. Approximately 300 million tons of Krill consumed each year by other species. While there is no current risk of Krill extinction, the problem with Krill fishing is that the fisheries are harvesting them from the same areas that other penguin and sea colonies consume them from.

Penguin Lifelines is doing great research at the moment trying to understand and track the populations of various penguin colonies, and determine whether the krill fisheries are having an impact on the penguins. Declining sea ice may have also be having a negative consequence on Krill populations. Krill eat phytoplankton floating in water and algae of sea ice.

Krill are fished because they are high in Omega 3 fatty acids and contain about 50% protein. They are used to feed other fish (e.g. in salmon farms) and as bait for sport fishing. Krill is also eaten as delicacy in Japan. The abundance of Krill and their swarming behaviour make them attractive to commercial harvesting, and they are harvested around South Georgia, the West Antarctic peninsula and the Scotia Sea. The convention for the Conservation of Antarctic Marine Living Resources came up with quotas for different areas in Antarctica for harvesting. 5 million tons a year of Krill are permitted, but only about 100 000 tons are currently harvested (1/50th of the quota).

Harvesting is not that high due to the remote location of Krill, they spoil very quickly (due to the digestive enzymes in their body) and the shells need to be removed (it contains toxic fluorite). The main nation harvesting Krill is Japan, followed by Poland and Ukraine. Russia used to be a major Krill harvester but abandoned its efforts in 1983. Krill fisheries are expanding in the last decade (202 346 tons in 2009 / 2010).

A lot more research is required. There is: