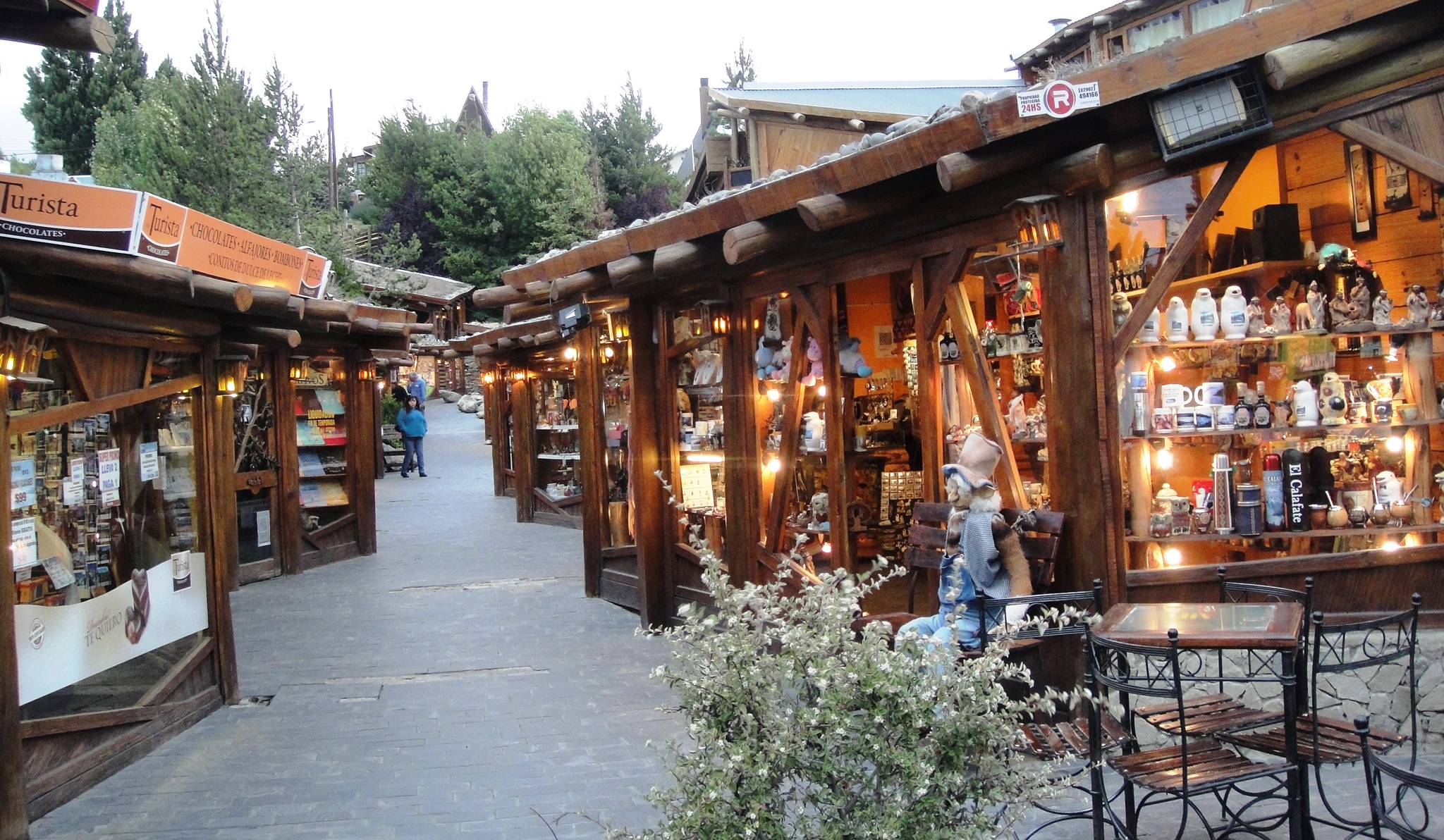 This morning the only thing I needed to do was have a good meal before my 5.5hr bus ride, and obtain Argentinian pesos. 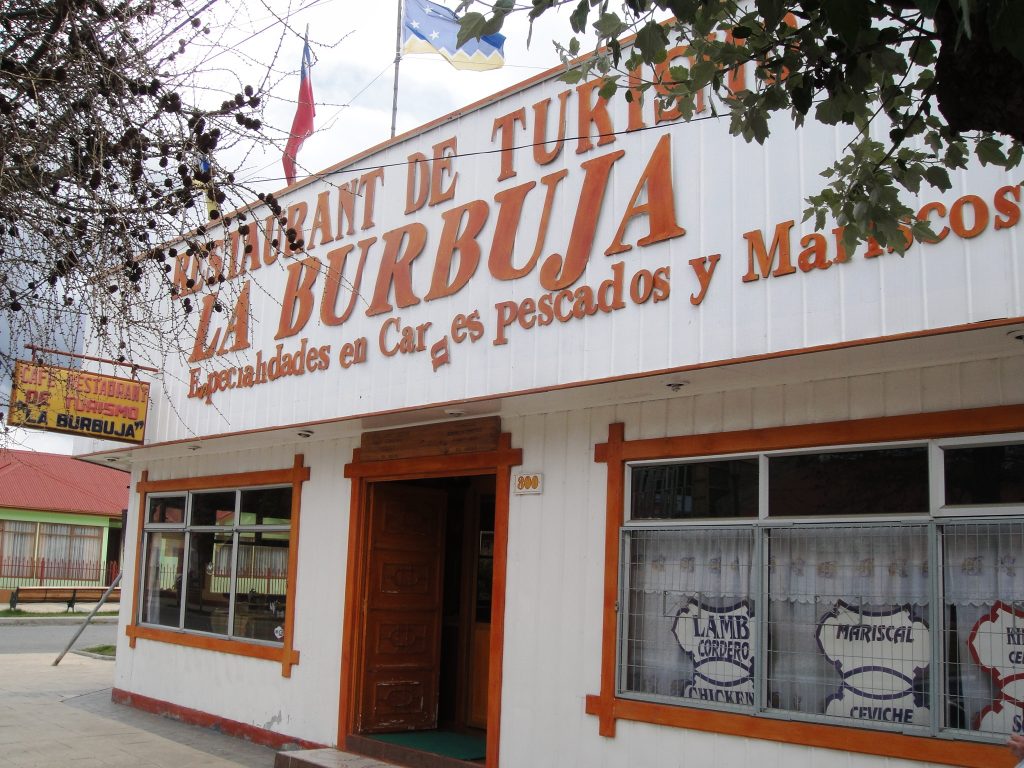 I was advised that you get a better rate if you withdraw Chilean pesos from an ATM and go to a normal Cambio / Forex agency to change it for Argentinian pesos, than withdrawing pesos at the official exchange rate at an Argentinian ATM or by exchanging US dollars for Argentinian Pesos in El Calafate.

I took a final stroll through the flat Patagonian town that morning, checking out the shops and tourist agencies. 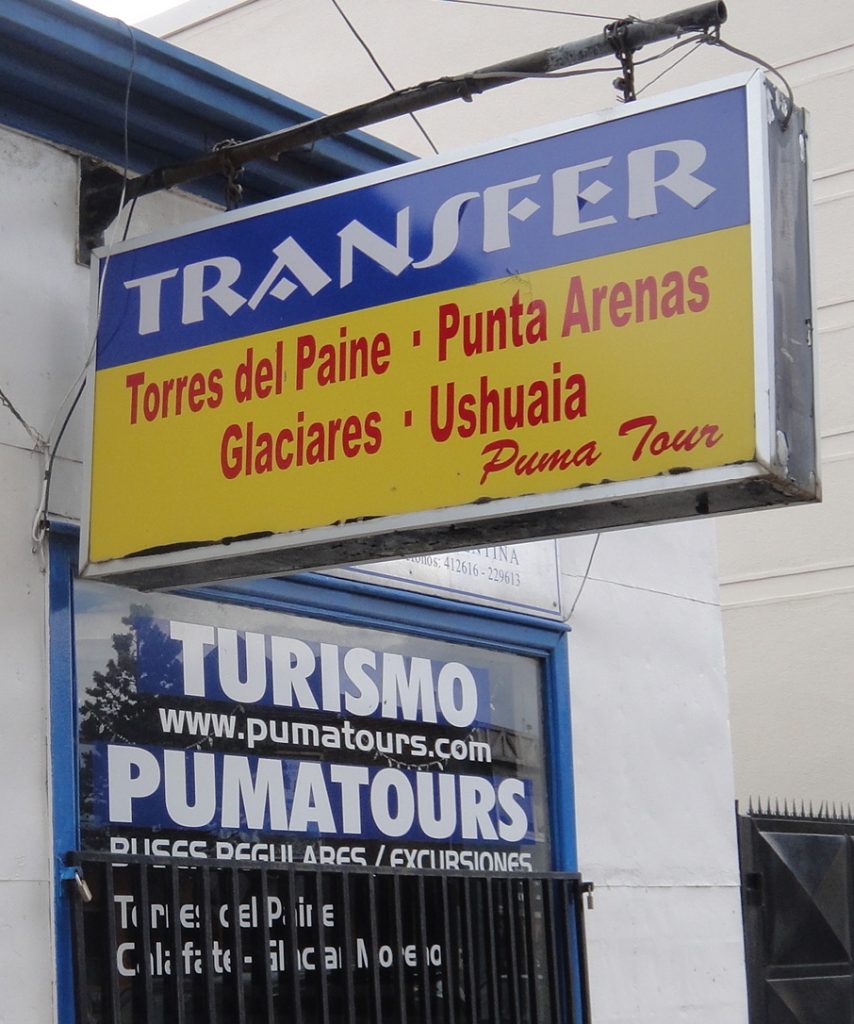 This is a tiny town and it’s easy to get around on foot. 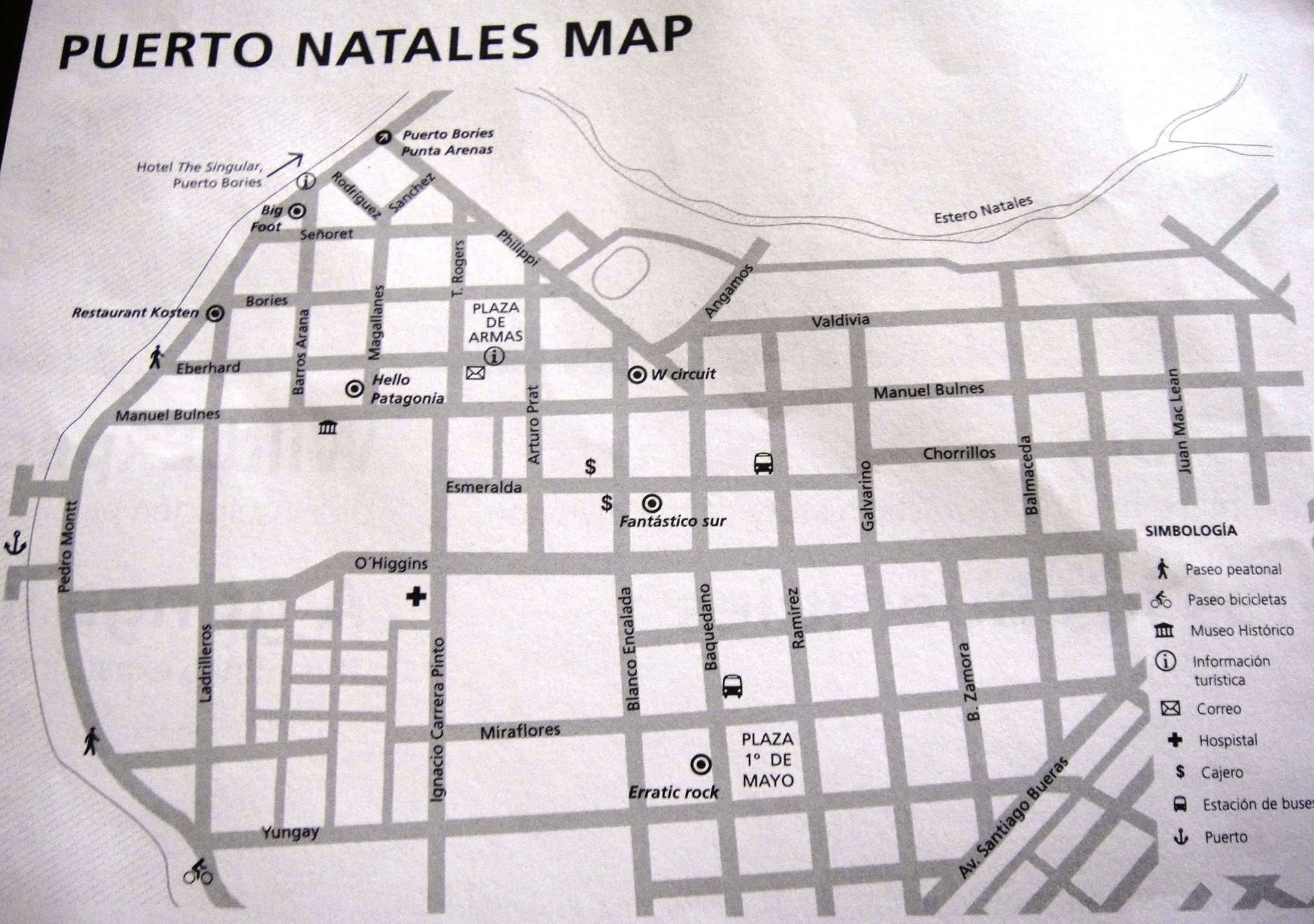 I then returned to Yagan House to collect my luggage and chill a little. I found this informative article in a newspaper in the reception area. I thought it may help people interested in trekking in Chilean Patagonia. 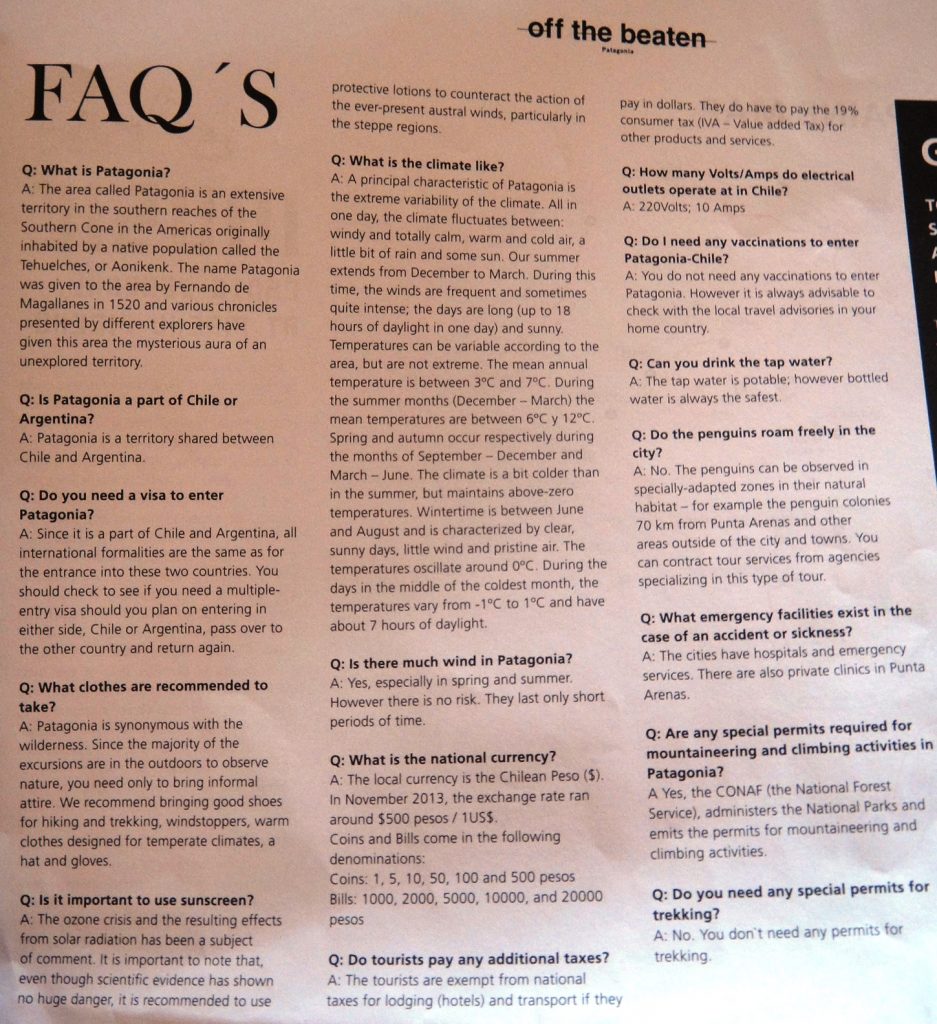 About 15 minutes before departure I arrived at the bus station which was 2km’s away on foot. 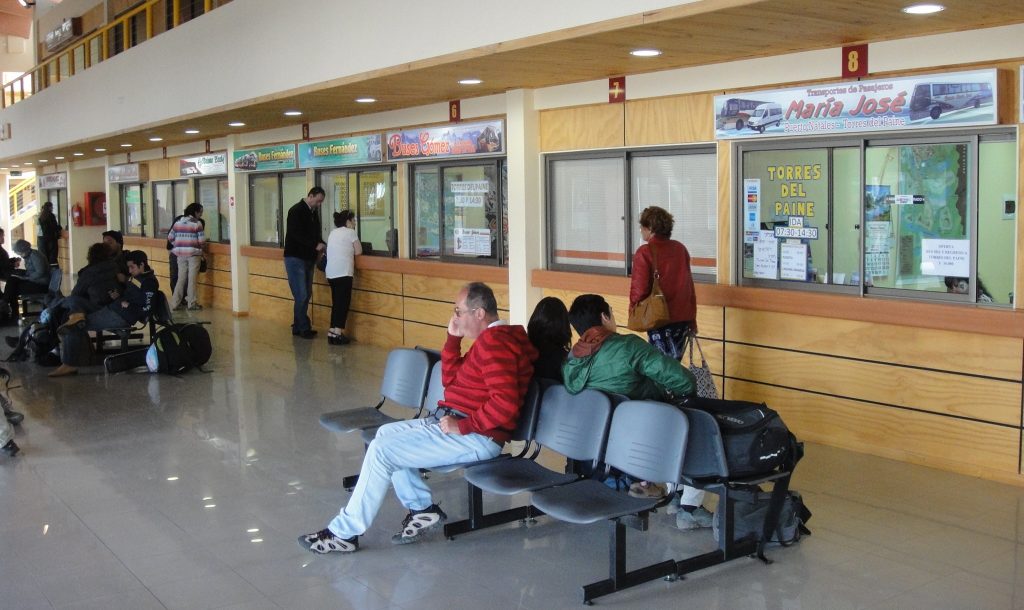 I left Puerto Natales for El Calafate on the 2pm bus (14000 pesos). At 14:25, a young girl with tears in her eyes goes to the bus driver and asks him to stop the bus. I was not sure why until about 15 minutes later when a taxi pulled up alongside the bus, with her purse which she had forgotten at the bus station. Close call!

We then resumed the journey for 1 hour until we stopped at the Chilean Border control. 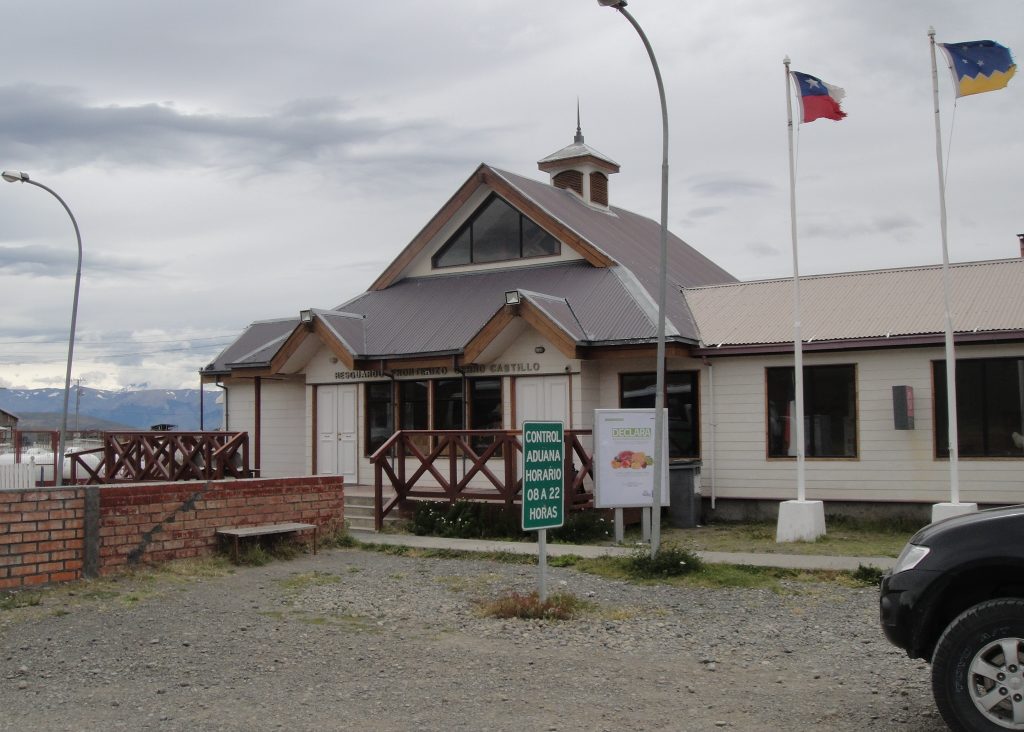 It’s much easier and faster when you leave Chile (versus entering). The border control agent was alternating between going through my passport and scrolling through Facebook while listening to Bruno Mars on his iPhone.

After a 20 minute journey through “no man’s land” we pull up to a small “village”. 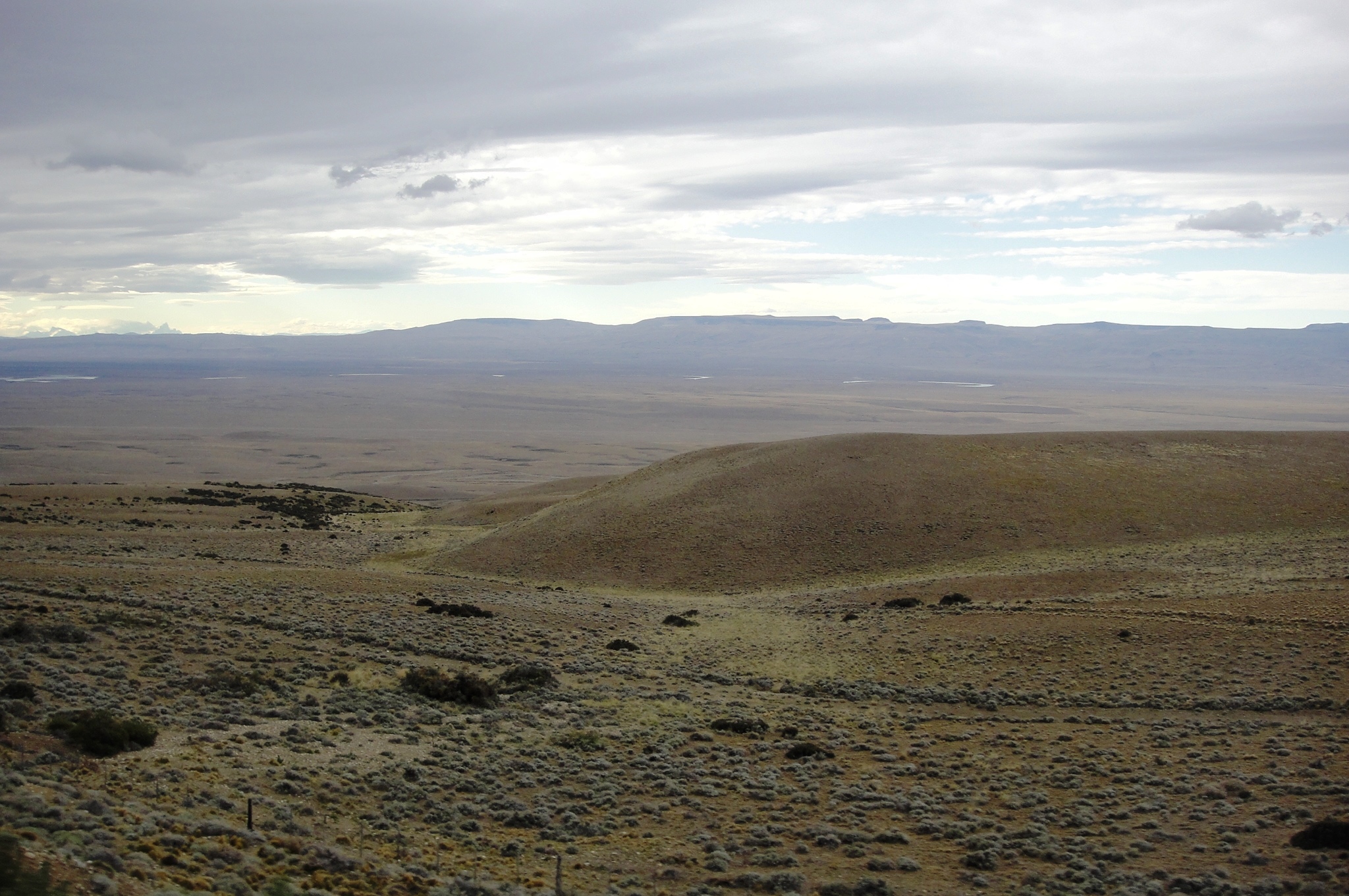 Four farm houses, some barns, sheep grazing in the meadow and a small Argentinian border control office where the border control agents were processing passports in a room that lacked any electric lighting. Seriously! 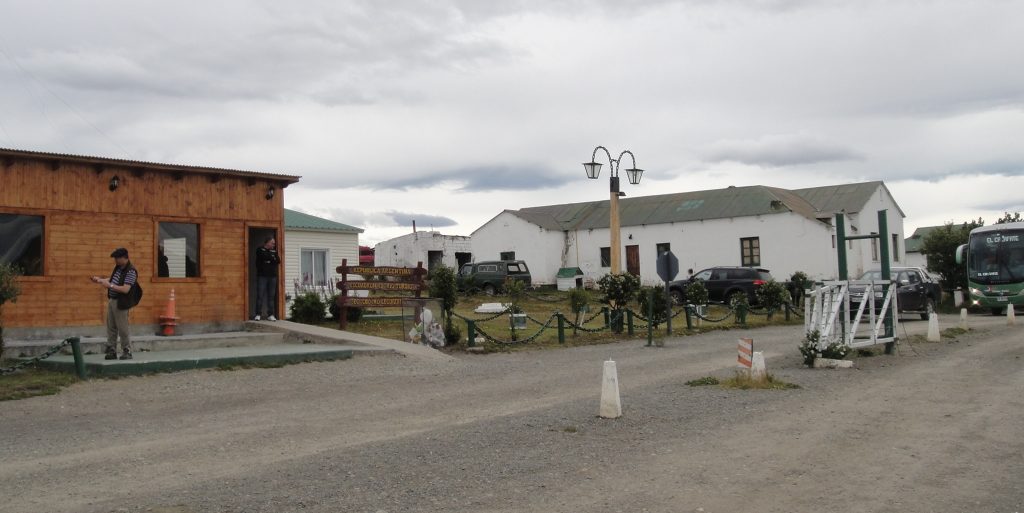 An hour later we stopped to fill up fuel and the bus driver let us out to get snacks (or in my case Hot Chocolate). 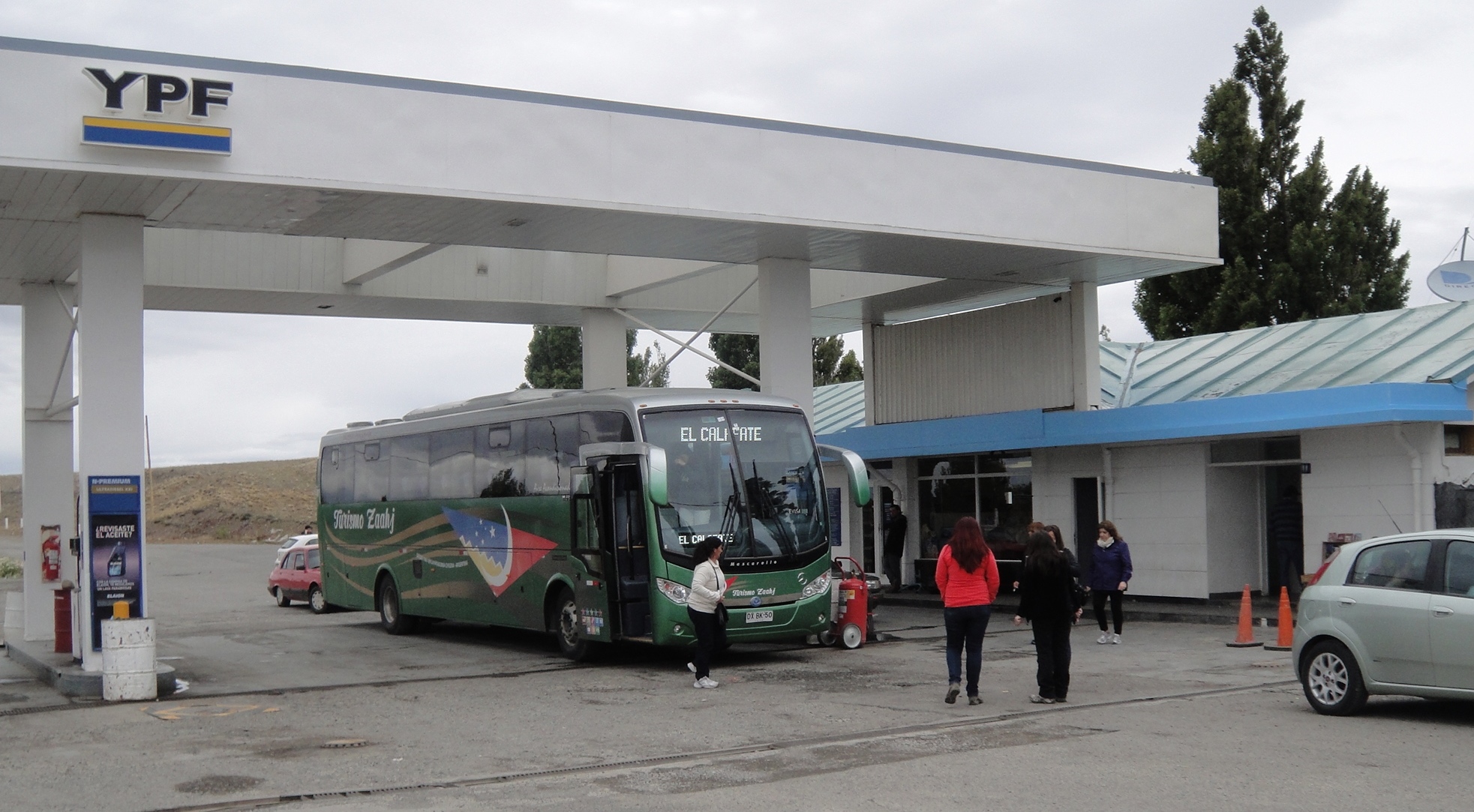 In the kiosk shop at the petrol station I was recognised by the New Yorker from Refugio Torres Central. Apparently we were on the same bus, headed for El Calafate. She was heading there to meet her husband.

By 06:15pm I arrived in El Calafate. I had a quick look at the bus timetable and prices to El Chalten at the bus station before heading for Hospedaje Lautaro, my accommodation in this city. My encounter with the couple running this B&B was exactly as Tripadvisor reviewers had described them – extremely warm and friendly.

That night I took a walk to see some of the shops on the main street. 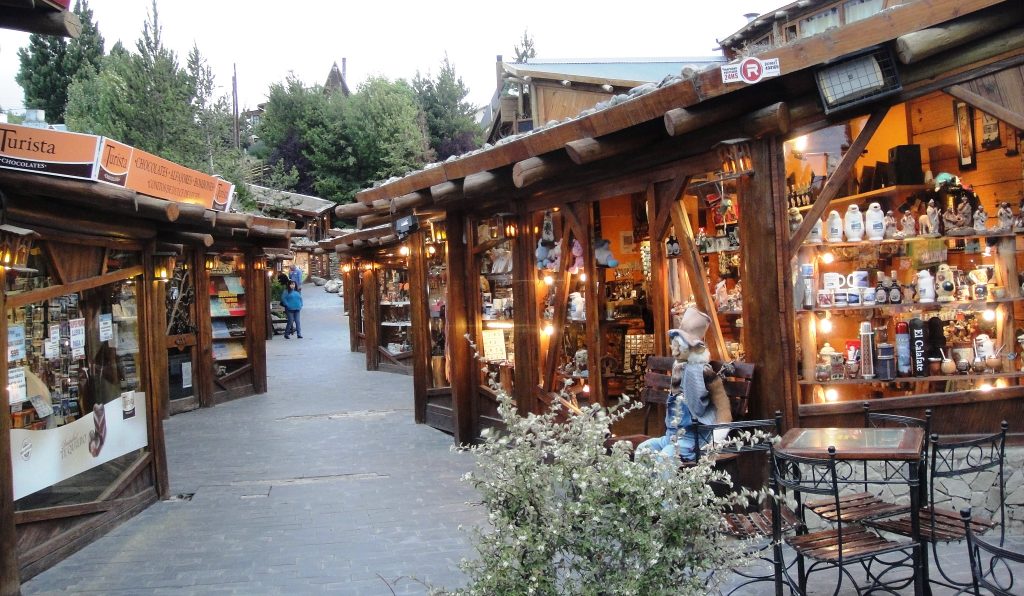 I love these directional signposts. 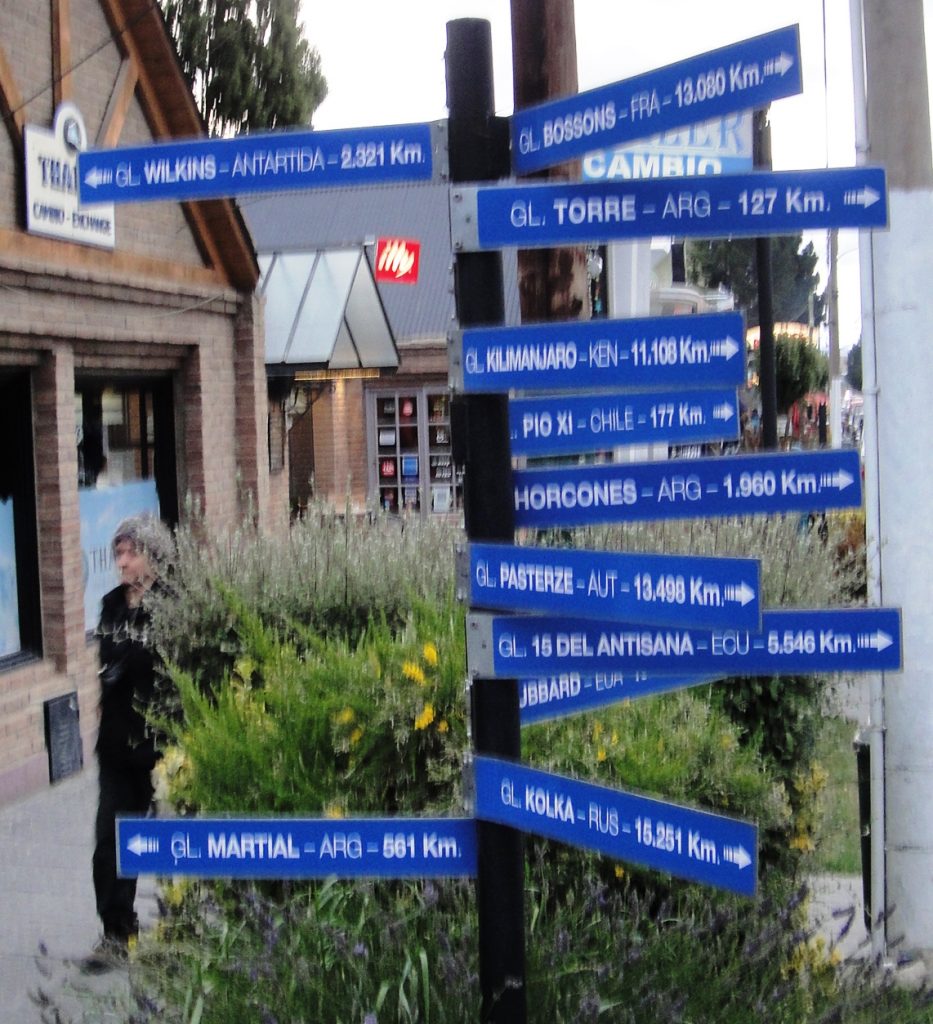 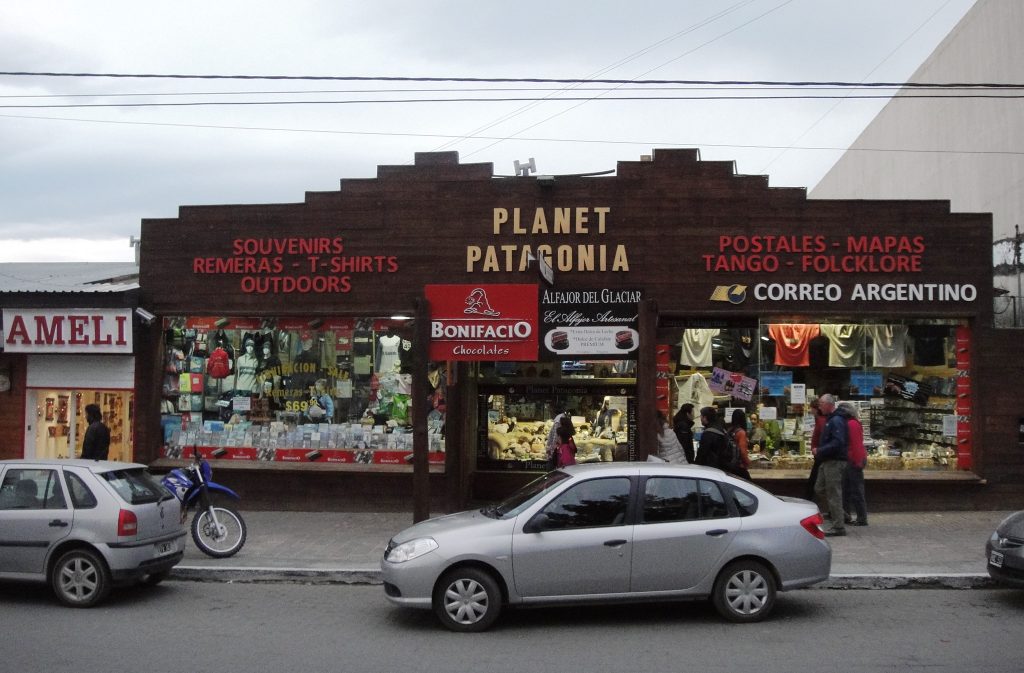 I watched a newlywed couple drive by twice in their motor parade waving and hooting. 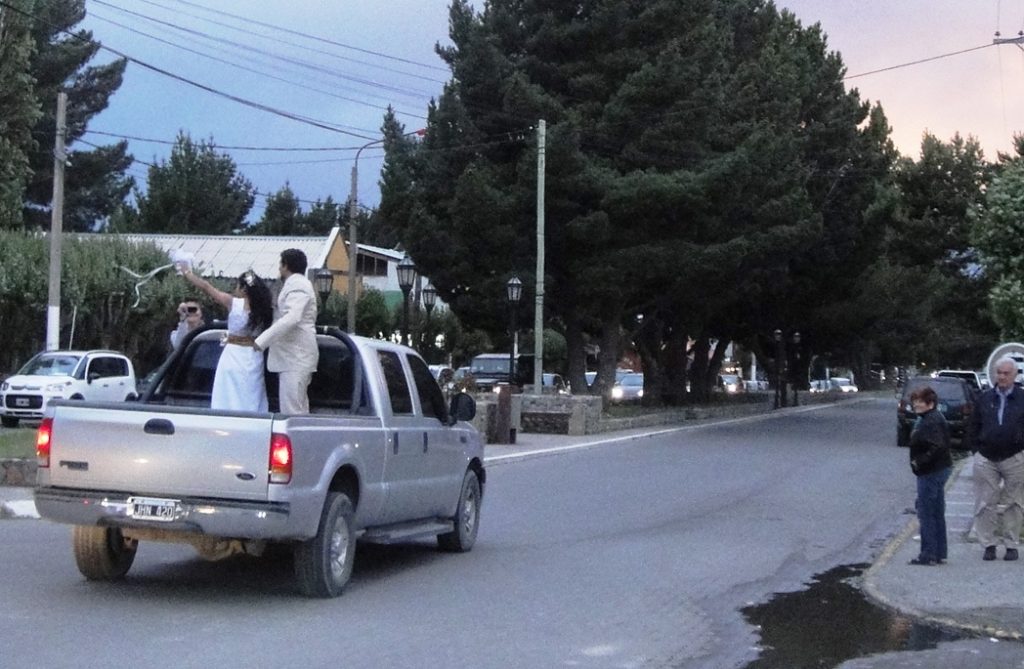 I also tried to get better views of the amazing sunset (which is hard to is in a flat city with so many buildings obstructing the view). 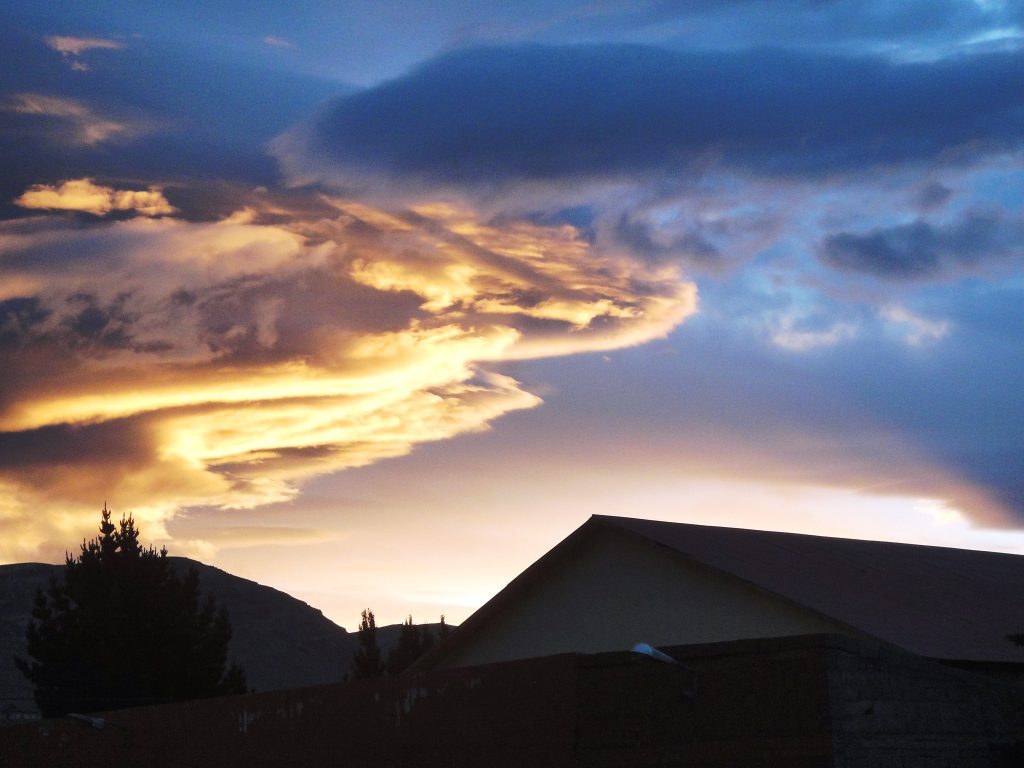 For supper I ate a pizza and headed back to Hospedaje Lautaro. Later that night while I was sitting in the lounge, 2 girls entered and said “Hey, it’s you, remember us jumping in Torres Del Paine!”. It was the 2 German girls that I met in Torres Del Paine. That’s the great thing about backpacking through Patagonia. If you’re traveling in a consistent style (e.g. backpacking) on a logical route, you’re bound to keep meeting the same people across vast distances. We chatted briefly before I headed for bed.