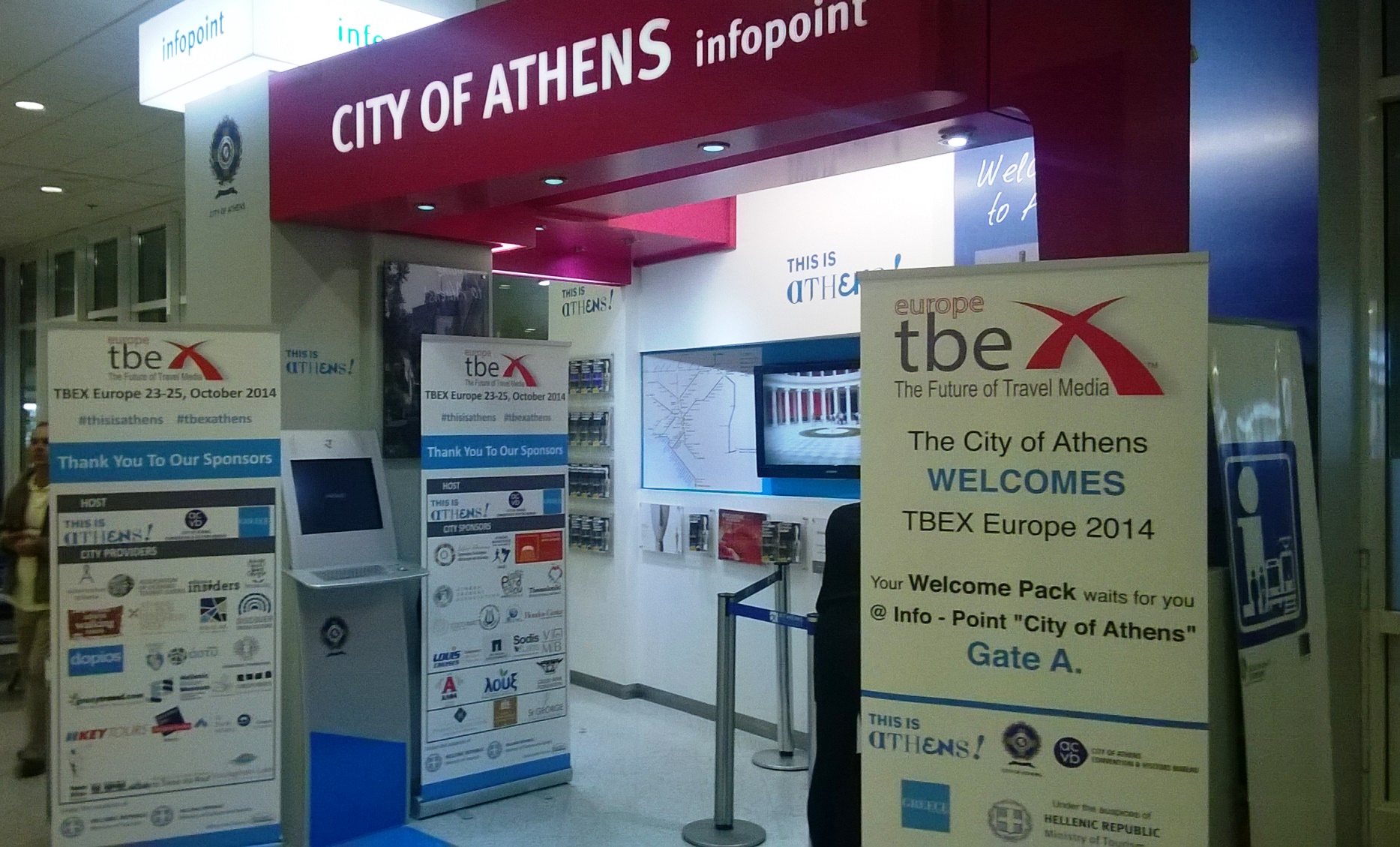 I thought I had a lot of time this morning before my 1320 flight to Rome so I took it easy. I had a nice breakfast at the restaurant at the Yellow Hostel at 9:30am and was at the train station by 10:30am.

There are buses outside the Terravision office (on the Terminal 1 side of the train station) that depart to Roma Fiumicino airport for 6 euros per person but the queue seemed too long so I opted to book onto the 14 euro high speed train to the airport instead.

While waiting for the train I spotted a McArthurGlen Designer Outlet Castel Romano bus outside Roma Termini (platform one exit). There’s tax free outlet shopping in Rome? I had no idea. Bookmarked for my next trip!

By 11:15am I was at Roma FCO airport. They’ve got free WiFi there which is always welcome.

I was shocked when I checked in my luggage to see that it was only 18.6kg heavy after all that shopping I did in Italy. There was no need for me to have paid the extra 12USD the previous night to increase my check-in allowance from 20kg to 23kg. Well, better be safer than sorry. And be happy that I can now squeeze more shopping into my luggage at upcoming destinations.

The flight on EasyJet was great. I had a nice sandwich and hot chocolate on board. By 1620 I had landed in Athens (which was an hour ahead of Rome). I had visited Piraeus (port town besides Athens) twice the previous year and spent a night in Athens in 2011. My initial visit to Athens was not favorable hence the reason I never leave Piraeus to see Athens again in 2013. Would Athens be better? I had four nights in this ancient city to rediscover Athens as I was visiting this city for the TBEX (Travel Bloggers Exchange) conference.

The TBEX conference was well organised, from the start.

At the airport there was a TBEX information desk that provided delegates with a 5 day metro pass, return train tickets between the airport and the city and vouchers for various tourist attractions and shops in the city. I took the train from the airport to Monastiraki. I then walked to my hostel, City Circus Athens. At around 1745 I checked into my private en-suite room on the ground floor, had a shower and rested.

At 7pm I departed for Athens Technopolis by metro. This is a very hip and cultural area of the city with many cafes and an industrial museum, and this was the location of the TBEX Opening Party. At the entrance I collected my TBEX registration badge and entered one of the buildings at the venue.
Initially I knew nobody there. There were a number of Greek exhibitors here showcasing local attractions or providing samples of local delicacies for everybody to try.

The mayor of Athens gave a short welcome speech.

Mayor of Athens speaking at the opening ceremony for #TBEX . Warm welcome pic.twitter.com/RtvwYhFJcP

Followed by the Greece Minister of Tourism. And Rick Colbert, one of the TBEX organisers.

I then met up with Kash Bhattacharya from budgettraveller.org/. I’d previously met him at Indaba 2014 and a Travel Massive event in Johannesburg and he actually told me about TBEX. Kash introduced me to a number of bloggers – as great connectors and influencers do! There were lots of non-halal meat dishes which I couldn’t eat so I sampled some great dessert there.

I drank some cold pressed juice.

And checked out the local handicraft.

Outside I met up with Sean and Jennifer from Venturists travel blog. We were previously following each other on Twitter and it was great to meet up with them.

I then met up with a number of other travel bloggers, including Elena Sergeeva from Passion For Hospitality.

There was another hall at the Technopolis venue with repeating silent shorts showcasing various Greek destinations.

And there was a live performance in another hall.

By 11pm I was really hungry so I left the opening ceremony.

I had a look at the cafes in the vicinity of the opening ceremony but there didn’t seem to be anything good so I decided to head to the metro, take a train to Monastiraki and check out the food places in that area.

At the train station I bumped into Elena and a number of other TBEX bloggers that I met that evening. They insisted that I join them for dinner.

Elena lives in Athens and knows the area well. She took us to a famous slouvaki restaurant near Monastiraki square and told the restaurant manager that we’re all travel bloggers so give us the best items on the menu. For me they prepared a vegetarian souvlaki with chips inside.

I had a good chat with one of the founders of Escape Artist, a blog with 300 000 newsletter subscribers and half a million monthly views.

It was probably 12:30 am when we left the restaurant. The manager advised us that the entire meal was on the house, so no payment was due.

Instead of retiring to bed Elena suggested we visit the rooftop of the A for Athens hotel which has an amazing view of the Acropolis and Monastiraki square. We only left this venue by 2am.

It was only a 10 minute walk from here to the City Circus Athens hostel where I was fast
asleep by 02:45am.  The first session of the TBEX conference would start at 09:15am. Would I wake up in time?