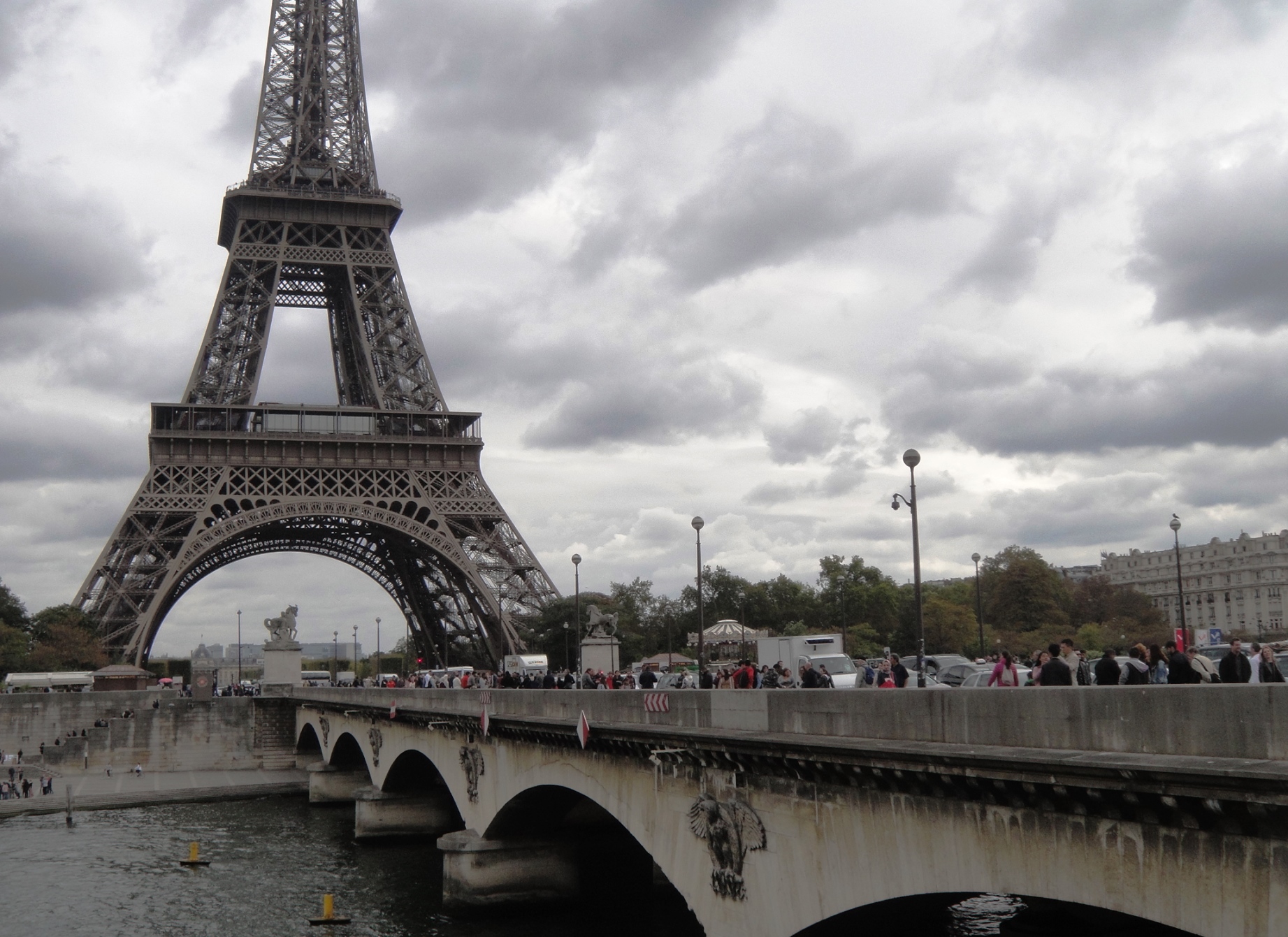 I landed in Paris at 05:30 am after arriving on an Air France A380 direct flight from Johannesburg.

I was really looking forward to flying on an A380 aircraft for the first time but felt slightly disappointed by my experience with Air France. The plane was fine. Ordinary, without anything special in the upper-deck economy class section. No colourful lights like what you can expect on a Virgin Atlantic aircraft. Not too generous seating in economy class (unless you pay more for a better seat). When the aircraft struck the runway at Charles de Gaulle airport one of the large monitors which was mounted above a passengers head actually broke off. Thankfully the cables held the monitor up so that the passenger was not injured. These A380’s are new aircrafts aren’t they?

I passed through Passport Control quickly and was first at the baggage carousel. However my bags only came out at 06:25am. I took the metro train to Gare Norde train station and after a short walk I was at St. Christophers Gare du Nord hostel at 0650am. Unfortunately thy advised that check-in only begins at 2pm. The sun had not yet risen so I asked for recommendations on the best place to view the sunrise. I was advised to proceed to Sacré-Cœur which is a 20 minute walk away. After locking my baggage (for 5 euros) in the luggage room I started walking towards the Sacré-Cœur monument. I somehow ended up going in the reverse direction and ended up on Rue La Fayette. I wondered through a few streets and returned to St Christopher’s to relax in their lounge at around 10am.

Around 11am I decided to head out again (still a little tired after travelling the previous night). I walked for 30 minutes to Galeries Lafayette, a high street department store but they were closed on Sunday.

I walked to the obelisk on Place de la Concorde. It was interesting to see sports cars for rent on an hourly basis. A few people were hiring these cars for a EUR89 joy ride. I took a stroll down Champs Elysees.

There’s a number of good shops and restaurants in the area.

I turned back at the Arch de Triomphe archway. The police seemed to be on high alert for some protest action.

It’s disturbing to see so much graffiti in Paris these days. This is not street art.

A few hours later I headed off towards the Eiffel Tower along the River Seine. There was some family-related protest underway in the area.

I’ve visited Paris before and decided to not go up the Eiffel Tower again. I just took a number of good photos along the way. And from beneath the Eiffel Tower, looking up. By 4pm I was exhausted so I decided to head back to St Christopher’s for check-in. I used the metro to get from Trocadero train station to Gare Norde. There’s some cool cafe’s in that area. Opposite Gare Norde station is an Arab halal restaurant serving kebabs and pizza.

I stopped for a late lunch. By 5pm I checked in, showered and slept till the evening.

That evening I made friends with Phillip a Swiss guy who was also staying at St. Christophers. He told me that he always stays there on work trips as it is clean, affordable and well located. Phillip was telling me about how he prefers to travel by train instead of the low cost airlines as they allow bikes to be brought on-board with minimal hassle. He also told me to look out for the Rhine River waterfall on the right side of the train forty minutes after I depart from Zurich towards Stuttgart in a few days’ time. He lives in that area.

That night I just took a stroll around Gare Norde station and had a small snack at one of the nearby shops.

The day started with breakfast in the trendy Belushi’s restaurant at St Christopher’s Inn.

It was overcast and drizzling this morning so I decided to hit the shops. First stop: Galeries Lafayette. The dome is just as beautiful as I remember it.

I was surprised to see a queue outside the Chanel Store within Galeries La Fayette. I headed for the rooftop to get a good view of Paris. Not a good day…

I asked someone to take a photo of me with the Eiffel Tower in the background but instead that person gave me a reason to consider the benefits of selfie sticks.

Next I checked out the mens clothing area of Galeries Lafayette but could not find anything in my budget. I then visited Printemps, C&A, Citadium (has some really cool street clothing) and H&M and bought quite a few items.

You’ve got the option of doing an open bus tour of Paris. I did this on my previous trip in 2006.

I prefer exploring cities on foot.

I love the design of all the windows and doors on the buildings in Paris. There’s so much character in it.

Some of the street poles are worth pausing to glance at.

For lunch I stopped at a nice bakery and purchased a pizza slice and hot chocolate. I ate in the square outside.

I then headed back to St Christopher’s with my rain jacket on (in the drizzle), passing by one of the local theaters.

I stopped for a good meal at the Arab restaurant opposite Gare Norde station, dropped off my new clothing in my room, rested for 30 minutes and decided to check out the Grand Mosque of Paris. Read more about it here.

After visiting the mosque I returned to St. Christophers. Phillip (the Swiss guy I met) and I were chatting with a Malaysian who told us that she spent the day shopping at the outlet shops at La Vallee village, an hour train ride to the north of Paris. They have brands like Hugo Boss, Diesel, Guess, etc. at discounted prices and you can get a tax refund on your purchases. If only I’d known of this place sooner…

After packing my bags with my purchases of the day I headed out to Quick (opposite Gare Nord station) for a snack – churros and yogurt, before retiring to bed.

On this trip to Paris I did not revisit The Louvre museum (where among other things you can see the little Mona Lisa painting), take a River Seine cruise, or stroll through the various gardens, chapels, palaces,  or museums. There is also the Disneyland Paris theme park that is less than an hour away from central Paris by train. I was short on time and preparing for my upcoming hike in the Alps so I decided to skip visiting these other sites.